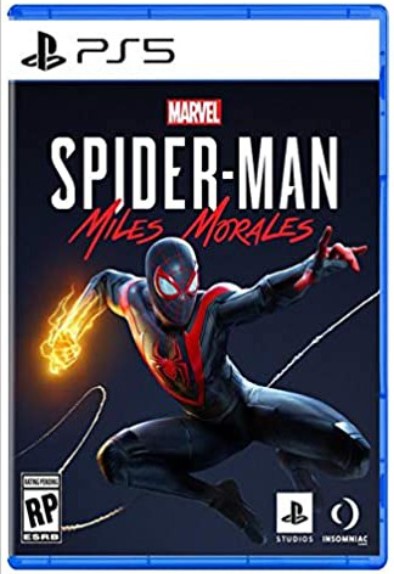 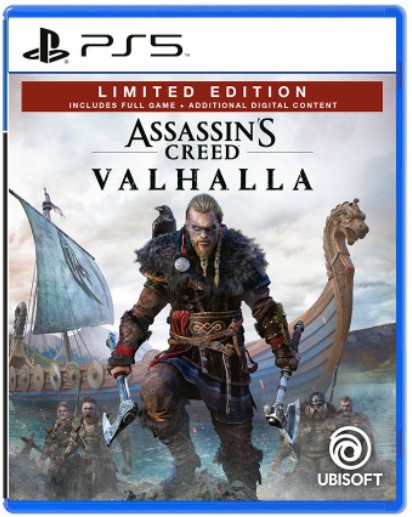 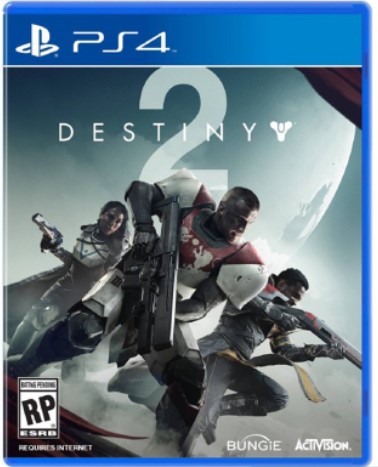 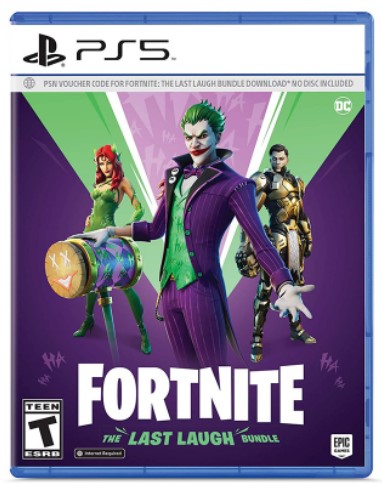 Are you on the hunt to upgrade and expand your PS5 games list? With the plethora of PS5 games that you can choose from, it can certainly be a tad bit overwhelming. The PS5 games list is very long thanks to PlayStation exclusive games, PS4 backwards compatibility, and cross-generation games. Look no further because we’ve handpicked the best of the best for you to start with. Read on to discover our PS5 games list consisting of some of the best PS5 games to own and look out for!

One of the strongest points to make in the “PlayStation versus Xbox” debate is mentioning the best PlayStation exclusive games! Sony is a well-loved brand for home entertainment and gaming. They have their own studios to make exclusive games that put the PlayStation on a pedestal. There are a lot of available and upcoming exclusives that you shouldn’t miss out on; there’s a reason why they top the PS5 games list: 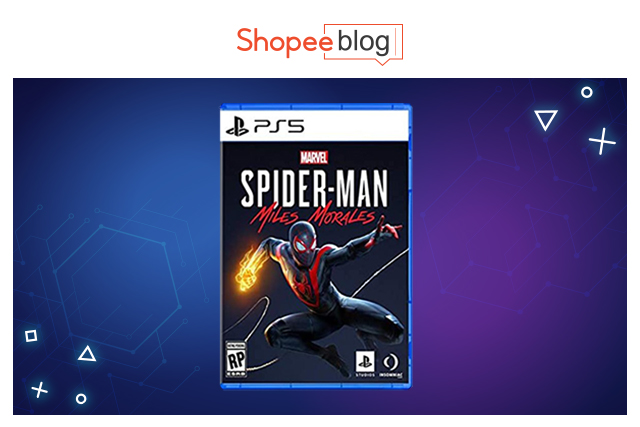 Sony marketed the release of the PS5 together with the launch of the exclusive Marvel’s Spider-Man: Miles Morales game. We could show you a trailer to hype you up, but a gameplay demo on the PS5 will be much more convincing. Although this game is also available on the PS4, we strongly recommend that you wait to play it on the PS5! The graphics on the next-gen console are absolutely stunning, whether you’re a fan of Marvel’s Spider-Man or not.

The God of War franchise tops the charts in the action-adventure genre with no question. A little fun note, if you aren’t familiar with the franchise, is that you don’t play the Ares. You actually play a spartan soldier named Kratos whose goal is to defeat the God of War! A lot of people love the God of War: Ragnarok for the PS5. In Norse mythology, Ragnarok is the battle at the end of the world. There’s a lot of very good commotion over this PlayStation exclusive. Even if it was released later than the PS5, many believed that this game alone is convincing enough to upgrade to a PS5. 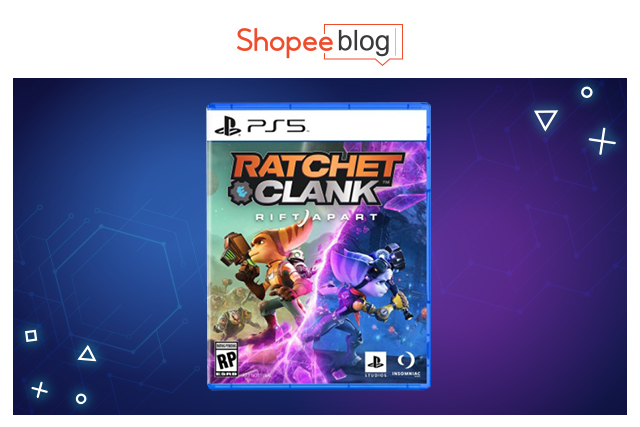 Relive your childhood with Ratchet and Clank: Rift Apart! The franchise started in 2002 on the PlayStation 2, and look where we are now. It’s fun to compare gameplays so that you can get a clear picture of just how far Sony has come in terms of innovating the gaming experience. If your PS5 is a family-shared console, this is a game that both children and adults will enjoy. Relish in jaw-dropping visuals as you venture into the darkness and horrors of the fog! First released back in 2009 for the PS3, the Demon’s Souls remake is one not to miss. The Demon’s Souls remake comes with fast loading so you can play your game seamlessly without any delay or lag. It also has haptic feedback to take your gaming experience to the next level as you feel the power in your hands! Top that off with immersive 3D audio and you’re in for the real deal.

If you already own a PS4 and are looking for a reason to upgrade to the next-generation console, this is absolutely it. The PS5 offers PS4 backwards compatibility which means that you can import your saved files on an upgraded console! Although you won’t be maximizing gameplay, you can still get faster loading screens and smoother frame rates. Some games even offer PS5 upgrades to maximize gameplay at an additional cost. It still comes out as more affordable than purchasing the same game twice. A lot of the much-awaited games for the PS5 are already available on the PS4. In case you can’t wait for the latest console, you can get these games on Shopee Philippines from GameXtreme, Gameline, and Game One! 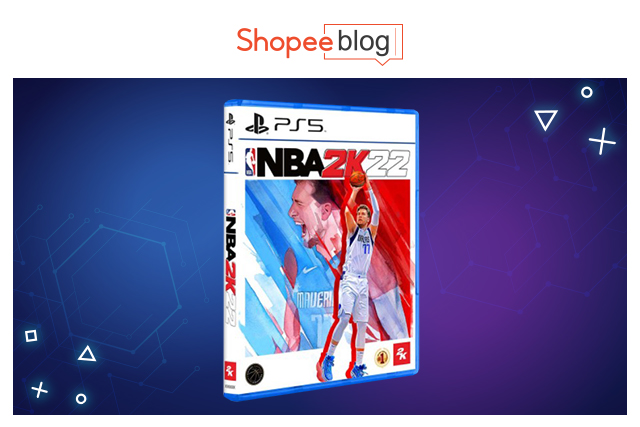 Anyone who loves basketball adores the NBA 2K series. Even official NBA players use this game to simulate plays to improve their performance on the actual court! Grab the NBA 2K22 today! This special edition includes in-game freebies to boost your stats and amp up your style, as well as a free PS5 standard edition! 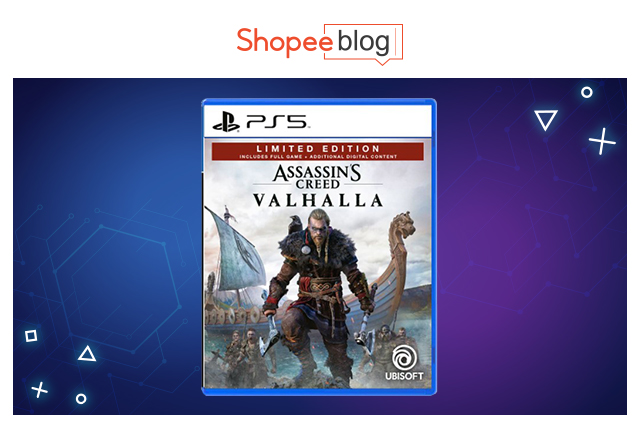 Assassin’s Creed is another very popular franchise in the gaming community. The first installment is set in Rome, and Ubisoft now takes you to Anglo-Saxon England as a Viking with Assassin’s Creed Valhalla! With the limited edition version, you get additional digital content and a free upgrade to the PS5 version.

Ghost of Tsushima on PS5 is a game with a visually stunning open world that you shouldn’t miss out on! This PlayStation exclusive follows a samurai on the quest to defend Tsushima Island against the first Mongol invasion. Enjoy absolutely satisfying visuals paired with smooth graphics with PS4 backwards compatibility that allows you to play this avidly loved game, Ghost of Tsushima on PS5 as well. If you’ve been a fan of Grand Theft Auto since 2013, then you better buckle up because GTA 5 on PS5 takes things to a whole new level! This blockbuster game has even better visual details on the PS5 with up to 4K resolution, HDR lighting options, and 60 frames per second for smoother gameplay. You can also feel the action in your hands thanks to its DualSense haptic feedback. So don’t miss out on all the fun and get yourself the GTA 5 on PS5! Cyberpunk 2077 on PS5 is a popular role-playing game where you get to experience being a mercenary in the Night City. With Cyberpunk on PS5, you’ll experience what it’s like to be constantly in a fight for survival! Relish in its improved gameplay features which include faster loading, 4K support, ray tracing, and improved AI overall when you play Cyberpunk on PS5! If you’ve been playing this game on a PS4 and would like to play it on your new PS5, fret not because you can transfer your saved files to your PS5 without a hiccup! Go ahead and immerse yourself in the world of the Night City in Cyberpunk 2077 on PS5! You can shop for Cyberpunk 2077 for PS4 on Shopee Philippines too!

The gaming industry really cares about its community, and you can see that with cross-generation multiplayer games! The PS5 games list is not completely exclusive, and there’s nothing more fun than being able to play your favorite games across different generations and sometimes even platforms! 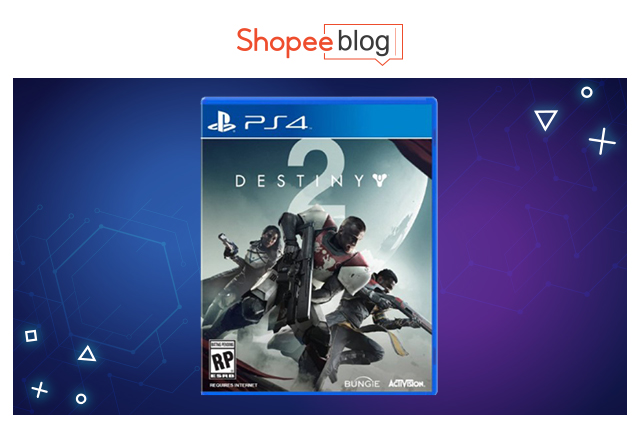 Destiny 2 is a futuristic shooter game that allows you to play different classes with unique battle styles and skills. In case you’re surprised by the price of Destiny 2, the physical copy is more of a collector’s item because its digital version is free-to-play! Even if you upgrade to a PS5, you will still be able to play with your friends who choose to play Destiny 2 on PS4. As of now, Destiny 2 is already available to play on the PS5 with special updates to make the game more enjoyable with an upgraded console!

While many enjoy the plot and gameplay of Call of Duty: Modern Warfare, the online battle royale version of Warzone gets more popular everyday. Since Warzone was such a hit, Activision confirmed that it will still be part of future franchises. With that being said, you can play Warzone on the PS5 with PS4, Xbox, and PC players! There’s nothing more fun than inclusivity in online gaming, and you won’t have to worry about having any friends left out when you get the brand new PlayStation. 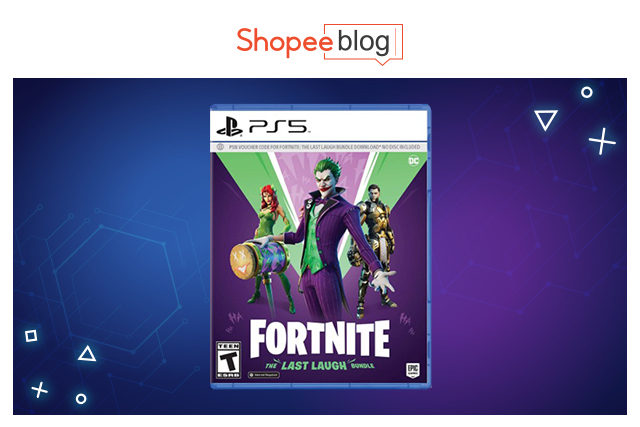 Everybody knows Fortnite! It’s currently one of the biggest online battle royale games at the moment. Play with or against friends across different platforms and get that #1 Victory Royale! Although it will still run at 60fps on the PS5 as it currently does, you can enjoy 4K resolution with your console upgrade. Give Fortnite: The Last Laugh a try too!

With all the upcoming and currently available games for the PS5, you should start working on a personal PS5 games list before you purchase the console! Prepare yourselves for the ultimate gaming experience before the next-generation PlayStation comes out so that you can immediately head in-game!

If this PS5 games list isn’t enough to upgrade, you can read on whether or not the PS4 versus PS5 is worth the upgrade. [Spoiler Alert]: It is! If you also have a Nintendo Switch at home, better check out these must-have Nintendo Switch games and accessories!