Table of Contents show
Recommended For You
The Best Korean Dramas on Netflix This 2022
1. Alchemy of Souls
2. Extraordinary Attorney Woo
3. Ghost Doctor
4. Café Minamdang
5. Remarriage and Desires
6. Thirty-Nine
7. Business Proposal
8. Twenty Five, Twenty One
9. Forecasting Love and Weather
10. Bad and Crazy
11. Tomorrow
12. All of Us Are Dead
Binge-Watch the Best Korean Dramas on Netflix Today
Images taken from Pinterest 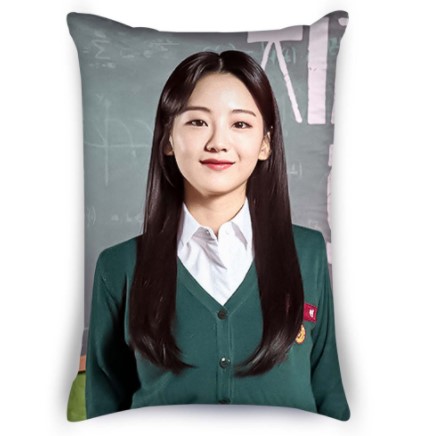 All of Us Are Dead Mini Pillow
₱60
Shop Now 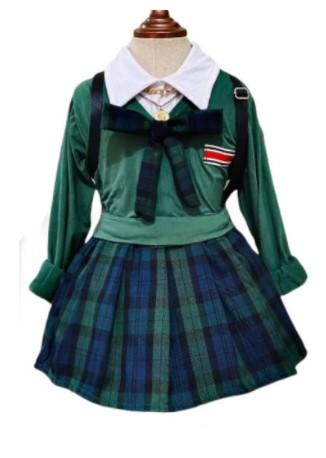 All Of Us Are Dead Inspired Costume
₱195
Shop Now 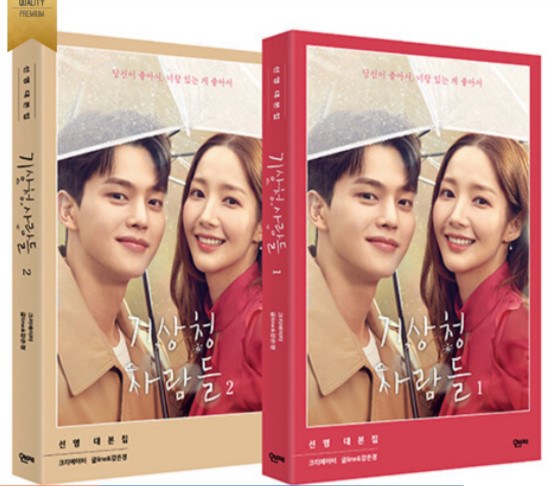 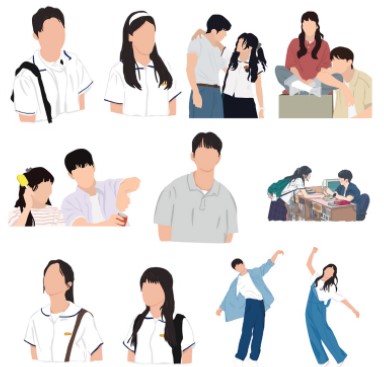 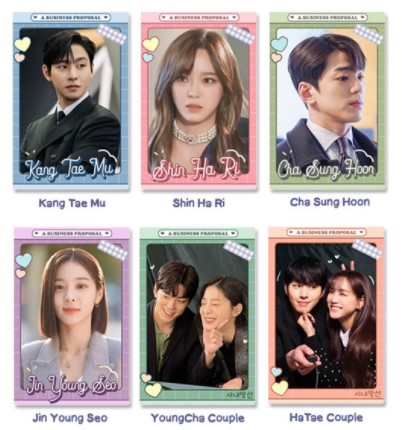 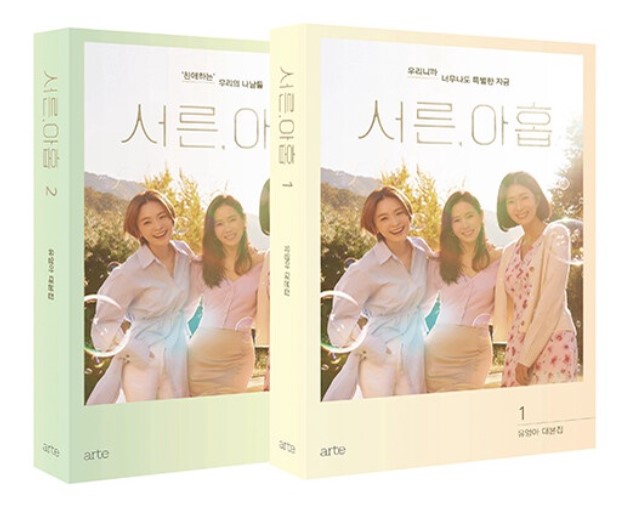 Are you running out of things to watch on Netflix? There’s no such thing! It’s high time for you to venture into the world of K-dramas if you haven’t yet. Whether it’s your first time dipping your toes or you’re a tried and true K-drama lover, Netflix has a lot in store for you this year! But with the wide array of Korean dramas on Netflix, it can get a tad bit overwhelming when deciding which to watch first. Worry not because we’ve put together a list of the best Korean dramas on Netflix that you should put at the top of your watch list! So read on to discover some of the best Korean series on Netflix that won’t disappoint.

The Best Korean Dramas on Netflix This 2022

Set in Daeho, a fictional country where Jang Uk (Lee Jae-wook) and Mu-deok (Jung So-min) journey through love and growth as they face their unfavorable fate. Coming from the noble family Jang, Jang Uk has Mu-deok as his servant. But Mu-deok hides an earth-shattering secret! Trapped in the weak body of a servant because of a spell called the “alchemy of souls” that allows bodies to switch souls, Mu-deok is actually an elite warrior and a powerful sorceress named Nak-su. So Jang Uk enlists her help to train him despite being his servant in the hopes of changing his destiny. Even if fantasy dramas aren’t your cup of tea, you’ll still enjoy Alchemy of Souls’ heart-stopping storyline and swoon-worthy chemistry!

As a lawyer with autism spectrum disorder, Woo Young-Woo’s (Park Eun-bin) intelligence is unmatched yet struggles with her social skills and emotional intelligence. When she starts working in a large law firm called Hanbada, she faces prejudice yet manages to solve cases in her own unique way. This heartwarming K-drama is not to be missed! Watch Woo Young Woo (Park Eun-bin) grow as a lawyer and in her empathy towards others while finding love herself. Get ready to squeal with kilig as Lee Jun-ho (Kang Tae-oh) raises the bar when it comes to love and pursuit.

He’s easily and undoubtedly the best surgeon there is! But, he’s now a ghost. Cha Young-min (Rain) is a cardiothoracic surgeon but with his talent and skills come with a truckload of arrogance and selfishness. On the other hand, Go Seung-tak (Kim-Bum) is also a skilled surgeon but his fear of blood holds him back. In a series of unfortunate and unexpected events, Cha Young-min’s spirit possesses Go Seung-tak’s body. Watch Ghost Doctor to get your daily dose of humor and joy! With Rain finally back on our screens – you better not miss this chance to watch him work his magic!

Formerly a criminal profiler, Nam Han-jun (Seo In-guk) now runs a fortune teller shop named “Café Minamdang”. He disguises himself as a fortune teller and shaman to scam people for their money. But aside from that, he finds himself helping his clients solve their cases. On the flip side, Han Jae-hui (Oh Yeon-seo) is a detective who has kept her morals and values in check for the past three years. But as fate would have it, both their paths cross and trouble ensues! Café Minamdang is set to deliver humor, action, and romance!

Rex is a matchmaking company that serves wealthy clients who seek to stay on top through marriage. With clients that desire to remain part of the upper-class world, marriage is all about business for Rex. Enter Seo Hye-seung (Kim Hee-seon), a middle-class housewife who just lost everything. Determined to get her fair share of revenge, she becomes a client of Rex. Find out what happens next on Remarriage and Desires where people are more than willing to marry or remarry whomever if it means they stay on top.

A story of a tight-knit friendship between three 39-year-old women – Cha Mi-jo (Son Ye-jin), Jeong Chan-young (Jeon Mi-do), and Jang Jo-Hee (Kim Ji-hyun) shows us what true friendship looks like. Journeying together as they face the daunting 40s, they discover the fragileness of life, the possibility of true love, and the importance of friendship. Get ready to laugh with them, cry buckets of tears, and feel an overwhelming sense of enlightenment when you watch this Korean drama on Netflix. Easily making it to Netflix’s Global Top 10 weekly, it’s no wonder that Thirty-Nine is among the best Korean dramas on Netflix.

Easily one of the best romantic Korean dramas on Netflix coupled with a boatload of comedy, Business Proposal is one not to miss! Based on the webtoon by Hae Hwa that goes by the same title, Jin Young-seo (Seol In-a) pleads with Shin Ha-ri (Kim Se-jong) to go on a blind date in her place. Shin Ha-ri finds herself in a pickle after finding out during the blind date itself that the man across her is Kang Tae-moo (Ahn Hyo-seop), who just so happens to be the president of the company she works for. Undoubtedly one of the best K-dramas on Netflix today, watch this to find out what happens next as the story (and conflict) unfolds. Relish in the cast’s unmatched chemistry, heart-tingling dialogue, and humor that will leave you laughing for days on end.

Told through Na Hee-do’s (Kim Tae-ri) diary, the story revolves around her life and that of Back Yi-jin (Nam Joo-hyuk) which were greatly affected by the South Korean financial crisis. Upon meeting at the age of 22 and 18, they weather through the struggles of life in pursuit of their ambitions. At the age of 25 and 21, their hearts long for each other and fall in love. Chasing dreams, falling in love, and dealing with the realities of life – these are just some of the few things you’ll get to witness in this Korean series on Netflix. Twenty Five, Twenty One is among the best Korean dramas on Netflix and one of the highest-rated Korean dramas in cable television history.

Centered on the lives of the Korea Meteorological Administration employees, dive in to witness their tough-as-steel characters who are not afraid to try again when failure comes their way. Coupled with a lighthearted and unexpected office romance between Jin Ha-kyung (Park Min-young) and Lee Si-woo (Song Kang) who try their hardest to keep their relationship under wraps in the office. After all, if they can forecast weather, can they forecast love as well? Forecasting Love and Weather is among the best romantic Korean dramas on Netflix that is consistently on the Global Top 10 weekly list. Need we say more?

Ryu Soo-yeol (Lee Dong-wook) is a competent yet corrupt police officer that has a sense of justice but also a dubious set of ethics. His ambitions drive him to cross lines without regard for what’s right or wrong. But he meets his match when he crosses paths with K (Wi Ha-joon). K, on the other hand, is a person who values what is right but also has a crazy aspect to his character. Justice is all he strives for. He’ll do whatever it takes to achieve it, even if someone gets in his way. So what happens when the bad and the crazy are put together? Find out for yourself when you watch Bad and Crazy on Netflix!

Due to an accident, Choi Jun-woong (Ro Woon) finds himself as half-spirit and half-human. After striking a deal with the King of Heaven in order to continue living, he joins a group of grim reapers with a special task. This team of grim reapers led by Koo Ryeon (Kim Hee-seon) is dedicated to helping save suicidal people unlike other teams of grim reapers who are tasked to lead the dead to their eternal rest. Touching on a sensitive yet important topic, Tomorrow is set to explore its complexities and reasoning of it. With a dash of humor to carry you through, this has the makings of being one of the best Korean series on Netflix.

Hyosan High School is ground zero for a zombie virus outbreak. Isolated by the government to ensure it doesn’t spread to, the students are left to their own devices. They can either fight for their way out or turn into these rabid monsters. This is a battlefield they could’ve never been able to prepare for. Get ready to scream in fear and shout in frustration because this is a zombie apocalypse like no other.

Whether you’re on the hunt for the best trending K-dramas or romcom K-dramas, we’ve got you covered! Make your binge-watching session even better with some Korean food like Korean corn dogs or side dishes to complete your viewing experience. Make sure to check back on this article regularly to stay updated on the best K-dramas on Netflix that are simply waiting for you to hit that play button!